How did I save money for my first business ? 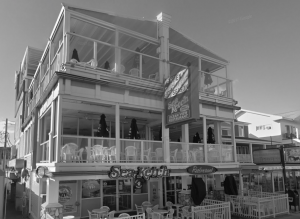 When you are starting a new business you always have to have some advantage over your competition. Such as explain I am serial entrepreneur who has been on the cutting edge for sometime. Given my experience let me offer you several ways how to succeed. Here is a part of my life which is called “frying” and I can tell you it was loads of “frying” though :).

My first business venture started back in 2006 when I was still a student at Mendel University finishing my bachelor degree. There is a program called Work & Travel in the US. As a student you can get a 4-months working visa (J1), just enough to earn some money and get the opportunity to travel for a few weeks in the US and go back to Europe. My mates would usually choose to work and travel. I chose a different path and would rename the program Work & Work. The reason is very simple. I just worked over 100 days without a break. It would be just a normal shift to work, even 20 hours a day. I remember, there would be a week where I would spend 128 hours at work. This was probably the record for that restaurant. It was just madness, but fun at the same time.

All started back then when my friend Lubos would tell me his stories about a restaurant where the owners would just use all your potential and give you an opportunity to work as much as you could bear. The owners were and still are very hard working people and that’s what we all did. The restaurant had over 100 employees in the summer season. If you wanted to earn good money you would go there and work very hard! I was 17 and knew that this would the perfect way of saving money for my business plans. So I did. A few years later I would be on my way to Hampton Beach. It’s really a long time ago when I look at it from where I’m today. It has definitely been a long journey.

So I became chief cook and bottle washer :). A typical day would start at 4am. when the CISCO truck would deliver all supplies. There would be just two of us to unload the truck and it would take us about 2 hours to get it all done. We would have to take all of these products to storage store them in their respective pantry. The restaurant was big; it had 3 kitchens on 4 floors plus a pub which was underground. Sometimes as a guy who knows and is willing to do everything, I would move all over the floors in just one day, simply to cover for, or help, other cooks.

The first kitchen would be open at 6am. and we would serve just normal American breakfast, mainly eggs prepared in different ways. We would cook for hundreds of guests with just 4 staff. 9.30.am we would move to the downstairs kitchen to get ready for lunch. It was busy. Sometimes there were days where you wouldn’t even be able to go to the restroom as the mini printer on the shelf would keep spewing out orders. Lunch was usually available until 4pm when I would start ordering supplies for other days. This would involve me to run up and down several floors and check on our stocks or supplies. Then 6pm dinner started and the bar opened where we would serve mostly nachos; actually it would be hundreds of nachos. It was so busy that the printer would print 10-foot-long order lists and it would go on until 11pm. By the end of the day, we would have to make sure that every kitchen was clean, and dishwashers were busy and up to the elbow in hot water until everything was clean; this would usually last till 4am in the morning. I would stay just till 2am. This was my day back in summer of 2006-08 where we would work very hard to save money, to learn both discipline and mental control. I could have chosen to either spend my time doing nothing, or getting ready for my business carrier.

So this is me working hard and building for my future. I would usually spend 15 weeks, that x 112 hours (on average) and earn $13 per hour equals around $22,000 at that restaurant. This would usually be my summer job pay. I did 3 seasons in that restaurant and saved money for my future businesses which became very successful. I guess this was not bad for university kid.

Before you start any business, you either have enough money to quit your job right away and be 100% in your business or you work at night if you have a day time job.

I saved that money to start my nopal business.

94 responses to “How did I save money for my first business ?”